A Breakdown of the Best Cuts of Beef for Jerky 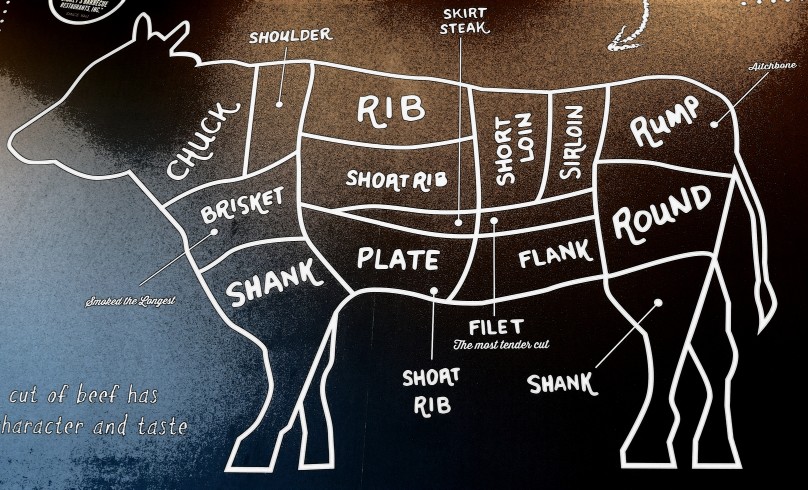 Beef jerky. It’s everyone’s favorite on-the-go snack. Like a lot of other beef jerky enthusiasts, you’ve likely been curious about which part of the cow the jerky comes from. There’s no one correct answer to this question because jerky can be made from just about any cut of meat. However, some cuts work better than others and are more widely used. Here’s a ranking of the top five best cuts of beef for jerky that the professionals prefer to use.

What Makes a Good Cut of Beef for Jerky?

As soon as you take your first bite of a piece of jerky, you can immediately tell if it’s high quality or not. The best and highest quality jerky should be chewy but not too tough. It should also contain only small amounts of fat. And, most of all, the flavor should be bold enough to satisfy your tastebuds. Poor quality beef jerky  isn’t tender or flavorful, making it difficult to go in for that second bite.

To get that chewy-but-not-tough texture and a rich flavor, high quality beef must be used to make the jerky. Fat doesn’t dry out as well as meat, so the best jerkies are made with the leanest cuts of beef possible. Too much fat gives the jerky a stringy texture that no one wants to chew on. So, the best cuts of beef for jerky are those that are tender and lean with only small amounts of fat.

A Ranking of the Best Cuts of Beef Jerky

Tenderloin, as the name suggests, is the most tender cut of beef. For reference, this is the part of the cow where filet mignon comes from. This meat is also very lean. Because tenderloin is so lean, jerky made from this cut of meat will be the most tender. While tender jerky is good jerky, jerky made from tenderloin is actually often too tender. That’s because this tender meat does not hold flavor from marinades well, and its texture remains too soft even after it’s dehydrated. This is why, even though it’s possible to turn it into jerky, tenderloin ranks only as number five on this list of best cuts of beef for jerky.

This cut of beef is found in the center of the cow just behind the rib. This is where porterhouse and T-bone steaks come from. The short loin is very tender meat, which is why it’s a fine cut of beef for jerky. Though this meat is not overly lean and has some marbling of fat, the fat is usually pretty easy to work around. The only other drawback is that this is a slightly pricier cut of meat, but overall, this is a fine choice for making beef jerky.

Sirloin, top sirloin, and bottom sirloin are some of the most popular cuts of beef for people to buy. This meat comes from the lower back section of the animal. It’s very common to find steaks and roasts made from these segments. This beef is both tender and flavorful, which makes it perfect for turning into jerky. Sirloin is lined by an outer layer of fat; but it can easily be trimmed off, and the rest of the meat has little to no marbling. That makes this cut of beef lean enough to work well for jerky.

The flank can be found toward the cow’s rear legs beneath the short loin and bottom sirloin. Flank steak has a coarse texture that, when thinly sliced against the grain, gives the meat a tender bite. That and the meat’s bold flavor make it a popular choice for grilling and perfect for making jerky. Flank steak holds marinades well, which combined with the bold, meaty flavor of the meat, makes for a great-tasting jerky. This cut also offers the perfect amount of tenderness to give jerky just the right texture. The only downside to using this cut of beef for jerky is it’s more expensive and has other uses for which it is preferred.

The round is the cut of beef located near the rear, often referred to as the rump section. It includes the eye round, bottom round, and top round. This meat has a grain that can be easily detected, which makes it easier to slice to get the desired jerky texture. When sliced with the grain, the jerky will have a chewier texture. When sliced against the grain, the jerky will have a more tender bite. This meat is also very lean, which makes it ideal for making jerky. It holds marinades well, too, which is very important to be able to create flavorful jerky. The round, or more specifically the eye round, is the cut of beef that most commercial jerky companies use to make their jerky.

The key to a great beef jerky is using the right cuts of beef. Here at Crockett Creek, we know exactly that it takes lean, tender meat to make delicious jerky. That’s why we only use high-quality cuts of beef to give our jerky the right taste and texture. Each bag of jerky is made by hand in small batches to guarantee quality, freshness, and a home style taste. That’s what sets Crockett Creek apart from the rest. Don’t just take our word for it, though. Try our handcrafted jerky for yourself and taste the difference high-quality ingredients and extra care can make. You can shop all our jerky flavors online to enjoy the best jerky around. 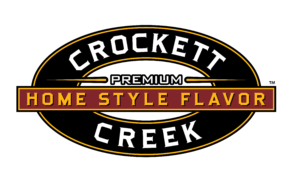